We gathered at dusk on the veranda of Century House Tavern, and like magic, sparkling pink wine began to flow over shoulders and into our glasses. Journalists from all manner of rival publications sat together at a common table and chatted like old friends, sipping and watching the evening light and our humors soften. But let me back up a minute. 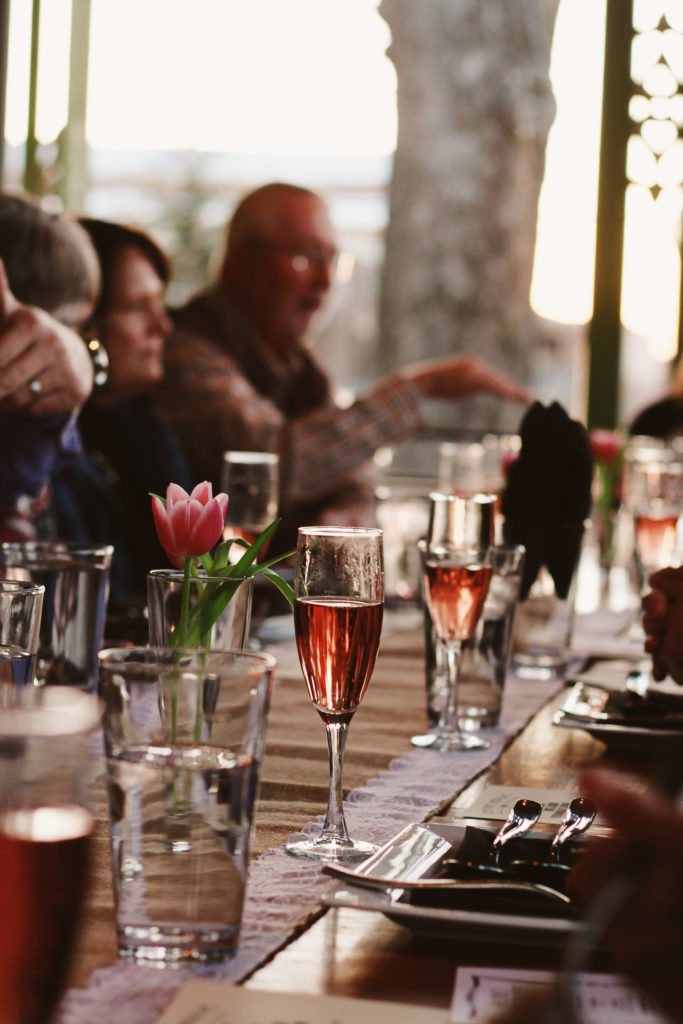 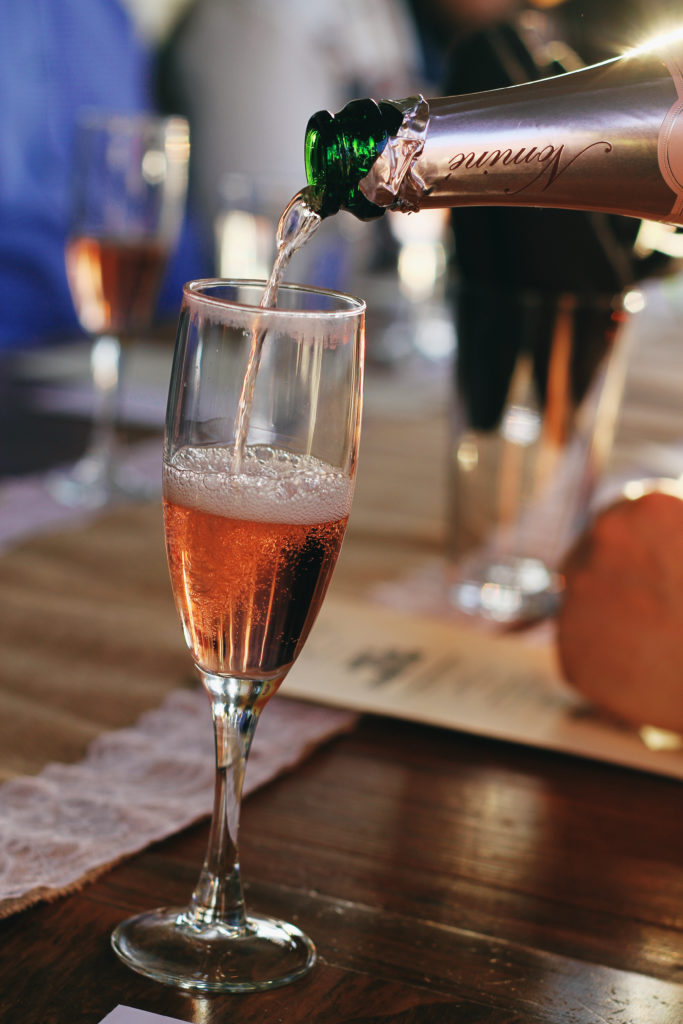 “But my lipstick is on the glass!” my dinner companion warned when I swooped in to take the photo of her champagne. “All the better,” I replied. “That just means that it’s your second (or third?) glass, and IT’S GOOD.” 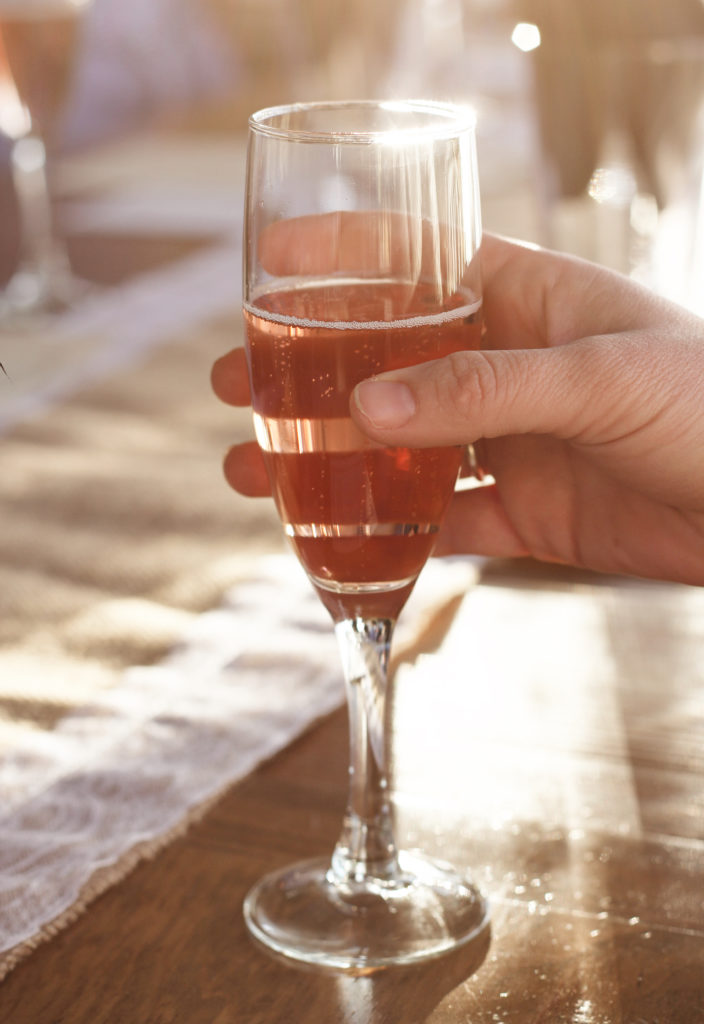 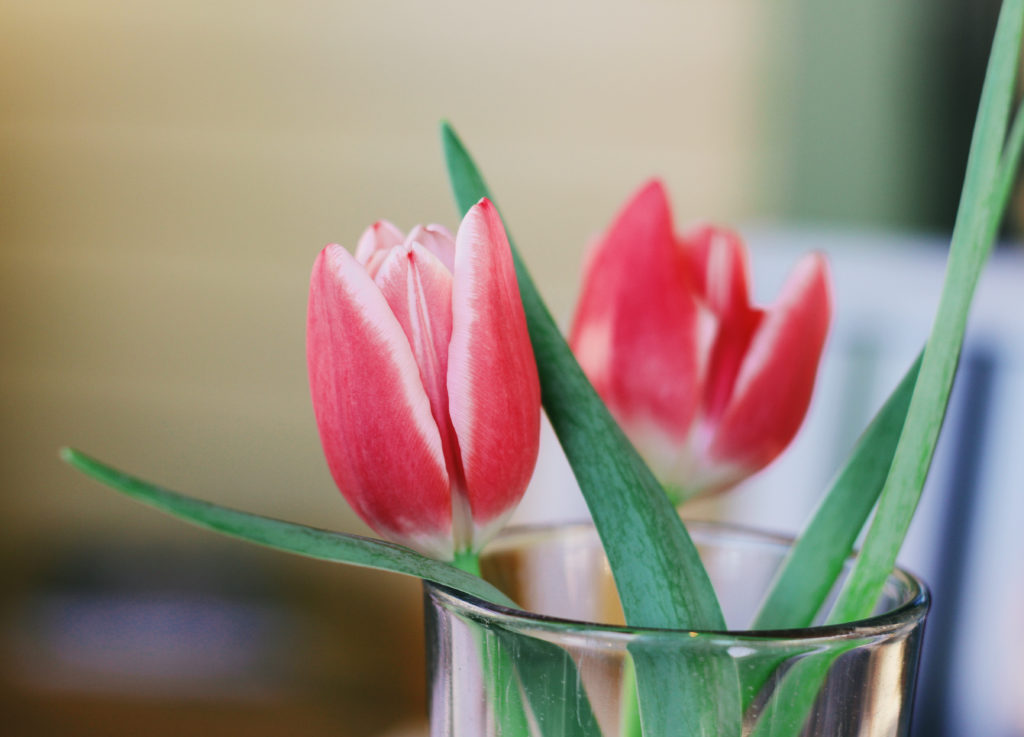 Before I go any further, I have to tell you that on February 10, Woodstock’s own Chef Daniel Porubiansky from Century House Tavern fulfilled a lifelong dream when he was invited to host a dinner at the famous James Beard House in New York City. Calling his multi-course creation “A Menu for My Mentors,” Daniel paid tribute to his culinary influences who span the globe from Atlanta to Europe and everywhere in between.

Upon returning home to Woodstock from New York, he lamented that not enough locals were able to partake in this glorious evening, so he set out to re-create this meal for a lucky few. I was humbled to be among those asked to experience this once-in-a-lifetime feast that had originated on the tables, in the hearts, and on the palates of so many of Chef Daniel’s most influential mentors.

At a frenzied pace, plates of his specialties began to materialize before us, and Daniel accompanied each course, regaling us with the stories of who inspired each dish before he had to disappear hurriedly back to the kitchen. (For a look at the whole menu, scroll down. But first, pictures.) 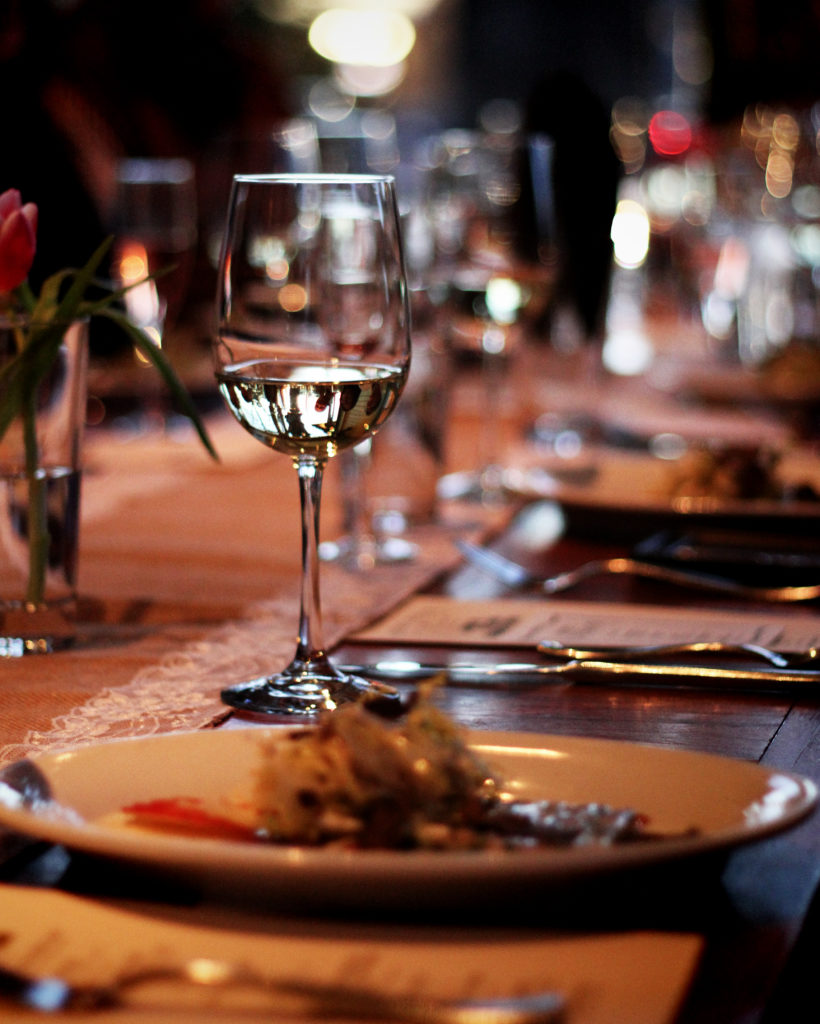 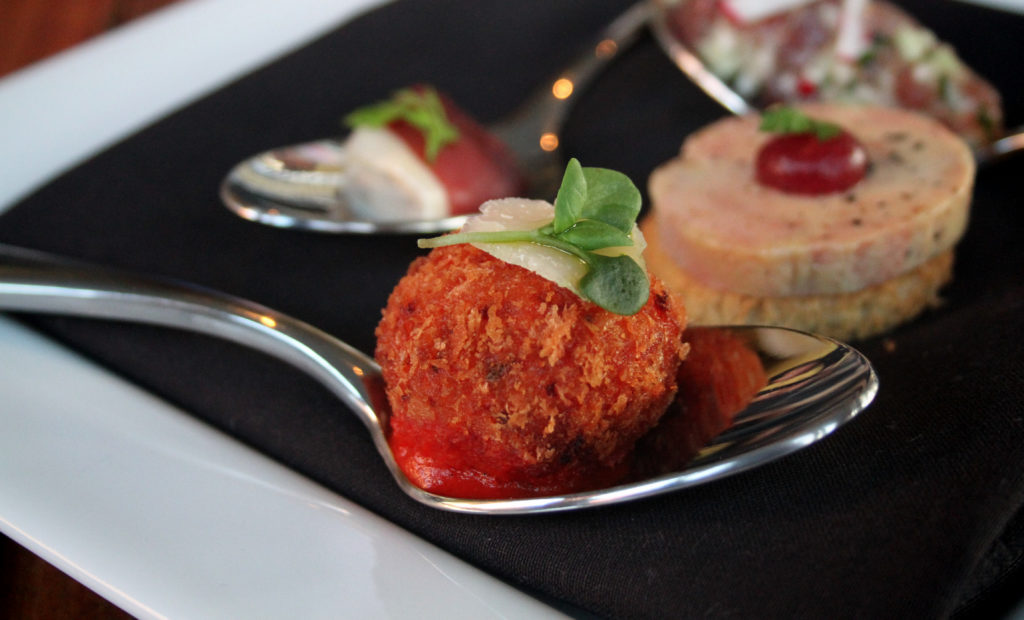 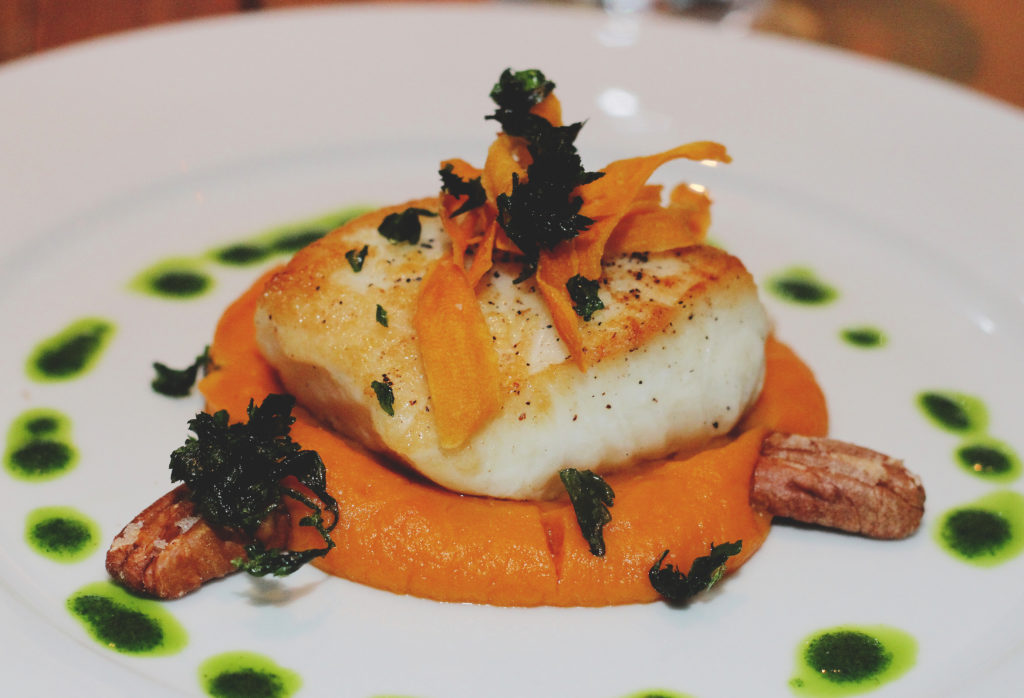 My favorite course of the evening: this pan-seared halibut with Georgia sweet potato purée, candied-and-spiced Georgia pecans, and parsley was inspired by Gilbert Le Coze from Le Bernadin in NYC. (Chef Daniel brought along sweet potatoes from Georgia’s Rockin’ S Farms on his trip to James Beard Foundation in New York!) 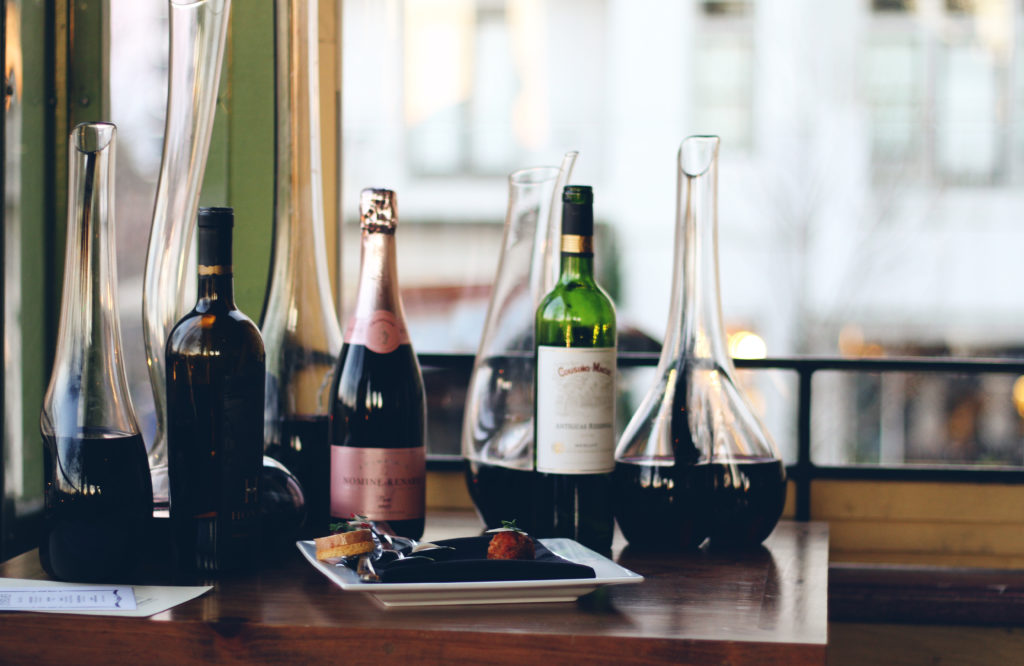 Calling for Reinforcements: The Wine Table 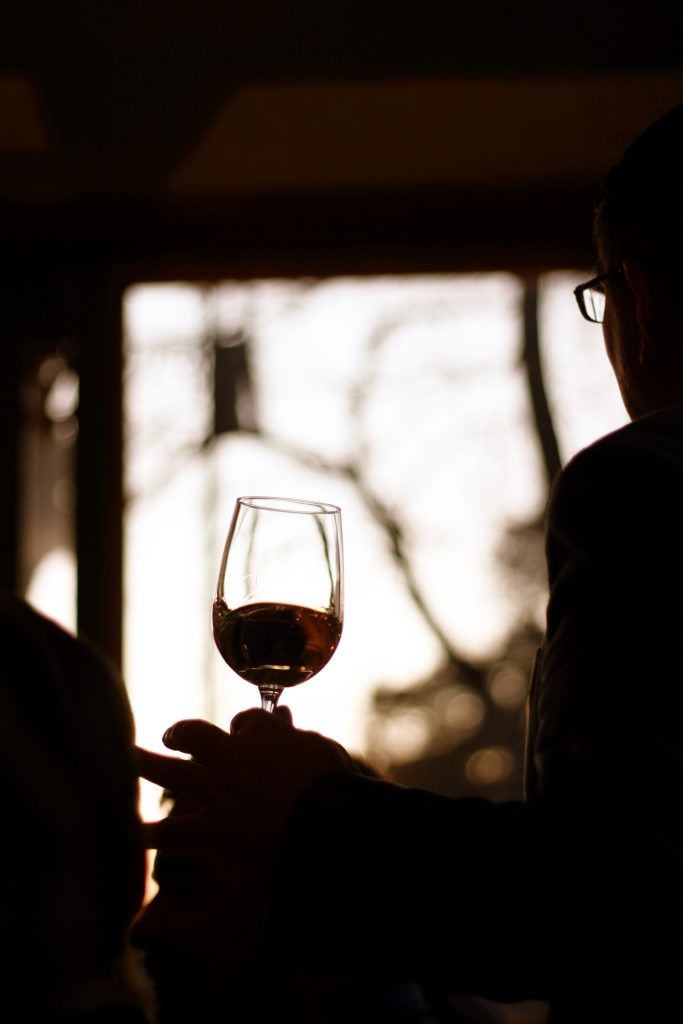 One Last Look: This was the final photo of the night before the sun sank behind Main Street. Our sommelier swishes his glass in the twilight. We all parted ways soon after this, back to our respective homes and publications, and in my case, me back to you, dear Woodstockers. I hope to run into you someday on that same Century House veranda, as the sun is starting to set and our glasses and plates begin to fill up with something wonderful.

Chef Daniel’s  “Menu for My Mentors”:

Century House is truly something special in downtown Woodstock, but don’t just take my word for it. Go visit for yourself (and then run back here and give me all the details)!

Until next time, Woodstock!  I hope you eat well, walk a lot, and say hello if you see me around.–Jennifer